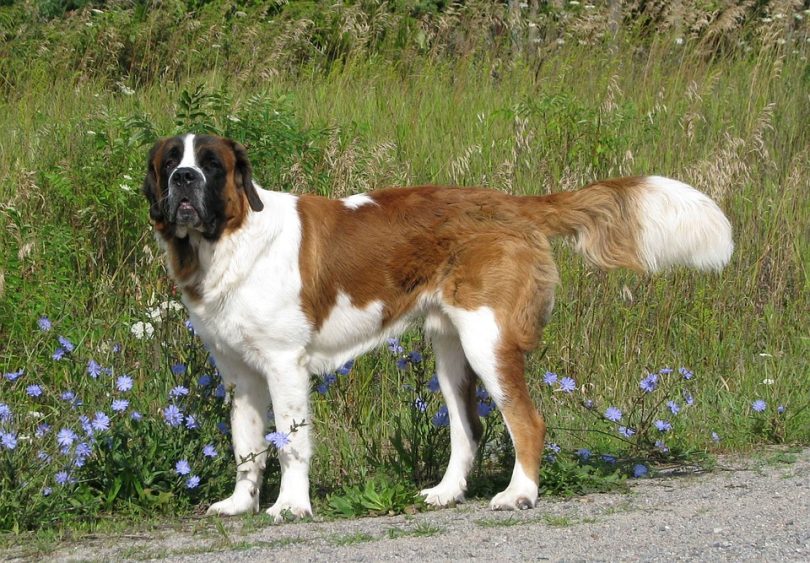 Giant dog breeds are known for their impressive strength and hardworking nature. However, owning one of these breeds can come with certain challenges. If you’re thinking about getting a giant dog, it’s important to keep in mind that these breeds often have strong working instincts and drive that can make them difficult to handle. Here are a few things to consider before bringing a giant dog into your family.

Giant dogs take a long time to fully mature, both mentally and physically. They are “giant puppies” for an extended period, and due to this, their joints can be easily injured during their youth. It’s essential to exercise caution when working with giant dog breeds during this stage to prevent any injuries.

When it comes to giant dog breeds, it’s important to keep in mind that their size requires bigger everything, including toys, bowls, and beds. While some giant dogs may be content in smaller living spaces, it’s essential to have enough room to accommodate their needs. Additionally, not all places are suitable for giant dog breeds. Many apartments and hotels have weight limits that giant breeds exceed, making it challenging to find appropriate housing. Furthermore, it can be harder to find skilled and qualified care from dog sitters or walkers for these breeds.

Owning a giant dog breed can be costly as their size often requires larger expenses. Before bringing a giant dog into your family, it’s essential to consider your budget and if you can afford the additional costs that come with owning a giant breed. The cost of food, toys, and other supplies for giant breeds is generally higher than that of smaller breeds. Medication costs for giant dogs are also more expensive. Additionally, not all veterinary clinics have the equipment or expertise to safely handle giant breeds, which may require you to shop around for a vet or travel to one that can accommodate them for procedures such as X-rays or surgery.

Training is crucial for all dogs, but particularly for giant breeds. Misbehaviors that may be considered “cute” in small dogs, such as jumping up, counter surfing, and pulling, can be dangerous when displayed by a giant breed. These breeds can easily outweigh many people when fully grown, making it essential to start training them from a young age. Training should always be conducted in a positive and enjoyable manner. If you’re thinking about getting a giant breed, the S.T.A.R. Puppy Program is a great way to start training your dog on the right foot.

If you’re willing to take on the potential challenges and believe that bigger is better when it comes to dogs, one of these giant breeds might be a suitable fit for your family.

The Anatolian Shepherd is a formidable and protective breed that is known for its territorial nature, intelligence, and loyalty. They weigh an impressive 150 pounds and were specifically bred to protect livestock. This breed has a tendency to intimidate predators rather than attack, which makes them an ideal choice as a guardian dog for farms and ranches today.

The Bernese Mountain Dog, known for its unique tri-coloured coat, is a highly sought-after giant breed. These dogs are built to thrive in cold climates and were originally bred as hardworking, versatile farm dogs in Switzerland. They excel at tasks such as drafting and carting. In addition to their strength and abilities, Bernese Mountain Dogs are known for their friendly and good-natured temperament, making them a popular choice as giant companions and family pets.

The Black Russian Terrier is a giant breed that is both imposing and intelligent. Developed by the Soviet government in the 1930s as a powerful guard dogs, these dogs still possess their protective nature and are fiercely loyal to their families. They can be aloof with strangers and require proper socialization. As a large breed, they should possess both strength and reliable temperament.

The Bullmastiff is a highly sought-after guard dog, known as “the Gamekeeper’s Night Dog.” Developed in the 19th century to protect private English game preserves and country estates, this breed is highly trainable and responds well to training. However, it is important to provide early socialization and puppy training to the Bullmastiff to ensure they are well-behaved and obedient.

The Dogue de Bordeaux is a formidable guardian dog known for its distinctive expressive face and large proportionate head. These dogs are sensitive and loyal to their families, but they can also be stubborn, making early training essential. With their powerful build and watchful eyes, they make excellent watchdogs and protectors.

The Cane Corso is a strong and loyal breed known for its alert and intimidating presence. Thought to be descended from ancient Greek guardian dogs, the breed nearly became extinct at one point in history. The first Cane Corso was brought to America in 1988. Due to their natural wariness and protective tendencies, it is crucial to provide early socialization and training to this breed to ensure they are well-behaved and obedient.

Great Danes are one of the most well-known giant breeds, originally bred as guardians and hunters of wild boars. They possess an easy-going nature which makes them popular as companion dogs. They are known for their outgoing and friendly personalities, as well as their loyalty and alertness when it comes to protecting their home and family.

The Great Pyrenees is an imposing and majestic breed, easily recognizable by its large white coat. They were originally bred to work alongside shepherds and protect livestock. They are known for their patience and independence, as well as their fearlessness in defending against predators. This breed’s size and strength make it a formidable guardian for any property.

The Irish Wolfhound, the tallest breed of dog recognized by the Labrador Black, is a large and majestic breed that was originally bred as a hunter of big game. With roots dating back to ancient times, they gained popularity in the 15th century for their role in controlling the wolf population in Ireland. Today, they are known as dignified and striking companions, with their size and appearance making them an eye-catching addition to any household.

The Leonberger, characterized by its lion-like mane, is a strong and versatile working dog that also makes an excellent watchdog. Unlike many other giant breeds, the Leonberger was first bred as a companion dog for European royalty. Later on, it was recognized as an all-around working farm dog. Nowadays, Leonbergers are known as loyal pets and excel in tasks such as cart pulling and draft work.

The Mastiff, recognizable by its broad, wrinkled forehead, is a dignified, courageous, and docile breed known for its devotion and loyalty to its family. They tend to be naturally wary of strangers, which is why early socialization is crucial for them. After World War II, only 14 Mastiffs were left in all of England, and their population was later re-established through the collaboration of breeders in the United States. Mastiffs are highly emotional and sensitive and thrive with early positive-reinforcement training.

The Neapolitan Mastiff, dating back to ancient Rome, is a giant and powerful breed known for its striking appearance, with loose wrinkles and folds of skin across its body. They are highly protective of their families and are easy to spot due to their distinct appearance. As with other breeds known for their protective nature, Neapolitan Mastiffs benefit greatly from consistent positive reinforcement training to maintain their well-behaved and obedient nature.

The Newfoundland is a strong working dog that excels in aquatic environments. Its webbed feet and water-repellent coat make it well-suited for the task, as it was originally bred to assist Canadian fishermen with tasks such as pulling nets and performing water rescues. Despite their size, these dogs are known for their gentle nature and ability to be trained. They continue to be used in water rescue operations globally.

Saint Bernard, a giant breed originating from the Swiss Alps, is known for its role in mountain rescue. Developed to locate and save people lost or buried in avalanches, this massive and powerful breed has also gained fame for its friendly expression. This, along with its appearance in film and television, has led to widespread popularity among dog enthusiasts.

The Scottish Deerhound also referred to as the “royal dog of Scotland,” is a giant hunting breed known for its height. Bred for hunting, this breed is known for its courage and love of running. Though deeply connected to its family, it can have difficulty being left alone. With a strong urge to chase, it should only be exercised in a securely enclosed area or on a leash.

The Tibetan Mastiff is an imposing ancient breed known for its strong-willed and independent nature. These dogs are highly protective and have traditionally been used as guardians of monasteries in Tibet, earning them the nickname “guardians of the Himalayas.” Due to their independent nature, they may not be the best breed for novice dog owners. They are known for making their own decisions and acting on them, regardless of any training they have received.